Data Governance and Life Science IT: A Mission Impossible? Fans of the latest Mission:Impossible film might question how close any IT team could get to the high stakes, world-in-the-balance job of Impossible Missions Force (IMF) Agent Ethan Hunt and his team.

Granted, IT folks might not see themselves clinging gamely to the side of an ascending airplane anytime soon. But, based on some of the missions you’re tasked

with—especially for those in regulated industries like Life Sciences—the idea of being part of your own IMF might have some appeal.

Chief among these seemingly “impossible” IT missions? For IT teams in Life Science organizations, it might involve the often vague mission to ensure “proper data governance.”

Data Governance: Your Mission, If You Choose to Accept It . . .

END_OF_DOCUMENT_TOKEN_TO_BE_REPLACED I chuckled to myself as I drove to work this morning. An ad came on the radio talking in clichés. “Synergy!” “Run it up the flag pole.” “Better safe than sorry.” And that was enough to send me into action and write this blog post.

The clichés and metaphors surrounding the cloud are seemingly endless. You read about “The cloud journey.” “The cloudy IT forecast,” and on and on.  It’s no secret that many organizations are looking for ways to take advantage of the benefits of the cloud. Moving to the cloud can reduce capital expenditures, eliminate over provisioning, lighten employee workloads, free IT staff to work on strategic initiatives, and help businesses become more agile.

END_OF_DOCUMENT_TOKEN_TO_BE_REPLACED

Meeting with clients, I’m hearing a lot of folks complaining about two common problems: First - Backups are taking far too long to complete.  Second – Recovering a single file is a long, painstaking process.

END_OF_DOCUMENT_TOKEN_TO_BE_REPLACED 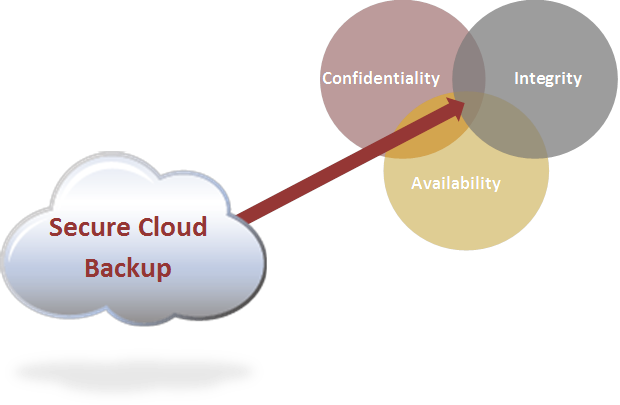 END_OF_DOCUMENT_TOKEN_TO_BE_REPLACED

How do you know the data you backed up is the data that can be restored?  That question is at the heart of integrity as it relates to secure cloud backup.

Ensuring integrity can be a tough task.  It definitely requires a leap of faith as you put your data into the cloud.  The way to transform that leap of faith into a sense of assurance is through logging, restore validations, and continuous corruption detection and repair processes.