Is this (Finally) the Year of VDI? 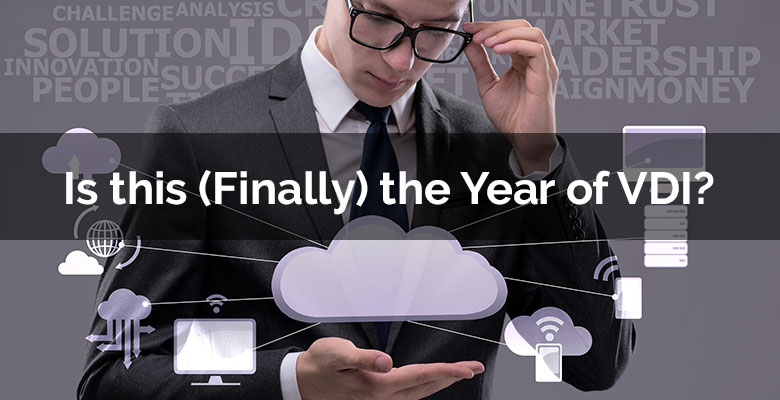 It’s become an industry joke that every year is the “Year of VDI.” While promising to be the be-all and end-all solution to everyone’s IT woes, it’s never really lived up to the hype. Sometimes the issue is cost; other times it’s concerns about performance. And there’s also the problem of familiarity -- why break away from something you’re already comfortable with? Not to mention that supporting a VDI environment falls in that weird gray area between infrastructure and end user support. Nobody that has worked on VMware environments for the last 10 years is particularly interested in troubleshooting Microsoft Office issues again. But there is a convergence of improved technologies and market forces creating a perfect storm as to why you should begin seriously considering implementing VDI in your environment, if you haven’t done so already.

END_OF_DOCUMENT_TOKEN_TO_BE_REPLACED 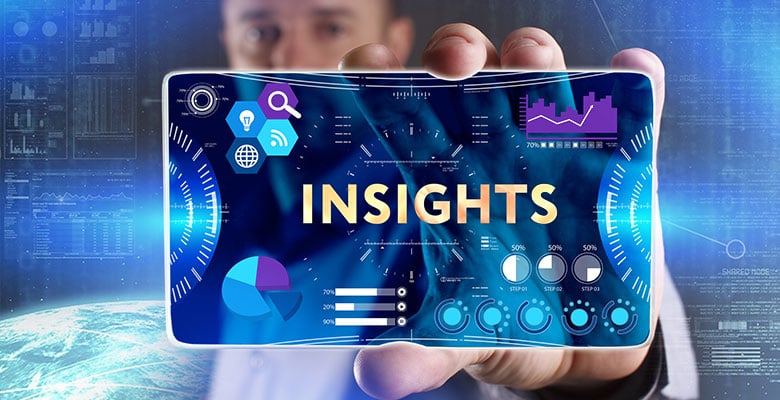 When organizations are evaluating public cloud platforms, they frequently compare the market leaders: Amazon Web Services (AWS) and Microsoft Azure. There is no shortage of published content comparing the pros and cons of each of these platforms, but I think research by Stack Overflow, an online knowledge sharing community for developers, provides some interesting and unbiased insights.

END_OF_DOCUMENT_TOKEN_TO_BE_REPLACED When making a decision to move production workloads to the cloud, one of the first things that is considered is cost. However, there are frequently many hidden costs that are not factored into the cloud decision until they appear in the real world. For instance, what is the cost to end users’ productivity if they don’t have the correct access to the application or system that now resides in the cloud? What new burdens are placed on the IT team if end users, now managing identities in two places, constantly require assistance to access their work? What costs are associated with securely authenticating end users to the workload?

END_OF_DOCUMENT_TOKEN_TO_BE_REPLACED

Visualize Your Cloud with Azure Everywhere Organizations of all sizes are looking for ways to take advantage of the many benefits the cloud has to offer.  As they begin to evaluate cloud options, they want to see how and where the cloud can fit into their business model securely and cost effectively. To address the most common concerns of moving to the cloud, security and cost, Daymark has a program that allows a business to visualize their workloads in the cloud, enabling them to see exactly how their concerns will be addressed.

END_OF_DOCUMENT_TOKEN_TO_BE_REPLACED

It’s no secret that technology is moving fast – really fast! And its impact on how business is conducted cannot be overstated. To better reflect how we’re helping our clients navigate all the changes in IT, we’ve given our website, www.daymarksi.com, a makeover.

It includes a clean new design, easier menu navigation, faster load times and some really beautiful images in keeping with Daymark’s nautical theme. There’s a lot of great info on:

END_OF_DOCUMENT_TOKEN_TO_BE_REPLACED

The End of the Beginning Cloud technologies started becoming relevant about ten years ago, and now more and more businesses have been moving their IT environments from on-prem hardware to the cloud. With many organizations adopting a “cloud first” strategy, it is clear that we are heading into a time where it will be the norm for companies to have the majority of their IT environment in the cloud instead of on-prem.

This thought reminded me of a Winston Churchill quote, in which he said, “Now this is not the end. It is not even the beginning of the end. But it is, perhaps, the end of the beginning.” When Churchill said this, he was referring to World War 2, but this quote also applies to how this is the end of the beginning of the adoption of cloud technologies. Sooner rather than later, all companies’ IT environments will have some sort of integration with cloud technologies, whether their entire environment is moved to the cloud, or they run a hybrid environment.

END_OF_DOCUMENT_TOKEN_TO_BE_REPLACED

How to Choose Your Connection to the Cloud – Part 2

In “Part 1” of this blog series we covered some of the basic Microsoft Azure questions surrounding security and backup. In this post, I dive into frequently asked questions around migration best practices and how to get started with a pilot project.

Q. How do I go about data migration to and from Azure?

A. The most effective way to migrate data to and from Azure is by using the Azure Import/Export service by creating “jobs” and shipping portable, encrypted disk drives to the Azure data center. Each disk that is shipped is associated with a single job, and there are different kinds of storage specific to each job. All in all, this is a very economic method of transfer.

END_OF_DOCUMENT_TOKEN_TO_BE_REPLACED

How to Choose Your Connection to the Cloud: Part 1

Ready to dip your toes in the public cloud waters? Many of our clients are in that situation, while others are pursuing a “cloud-first” strategy. Regardless of where you are in the cloud journey, I thought I’d share some of the key factors to consider when evaluating one of the most popular public clouds, Microsoft Azure. We see Azure helping enterprises of all sizes deliver on the agility and scalability required to support business growth, but before you jump in, here are some questions you should be asking and our answers to them:

END_OF_DOCUMENT_TOKEN_TO_BE_REPLACED

What to Expect from Reporting-as-a-Service

Reporting-as-a-Service (RaaS) is gaining momentum by providing IT organizations with the analytics and visibility they need to better understand their heterogeneous storage, unstructured data, backup, SAN fabric and virtualized environment. At Daymark, we’ve seen a big uptick in interest in RaaS, but like any relatively new managed services offering, there are questions. Here are some of the ones we get asked the most.

END_OF_DOCUMENT_TOKEN_TO_BE_REPLACED To outsource or not, that is the question – and it’s becoming a more frequent conversation among CTOs. Outsourcing an application or workload to a 3rd party managed service or cloud provider can deliver multiple benefits, from reducing CAPEX costs to freeing IT staff to work on more strategic initiatives. But before you jump in, it’s important to make sure you are partnering with the right service provider. Here are some of the questions you should ask: